Thank you for checking out my item set and I cannot wait to see what cool maps you will make with them. Don't forget to read below or the README included in the ZIP. Good luck and have fun on your dirt mapping journey!

TM2 DIRT is an item/block set for Trackmania (2020) which brings back the dirt experience from Trackmania 2 Stadium, created by eFFecT.

How to use? / Useful information

Besides the items to make normal roads, high dirt, tilted dirt and trenches/tunnels, there are a few special ones which are worth explaining.

Any other questions, feedback or suggestions? 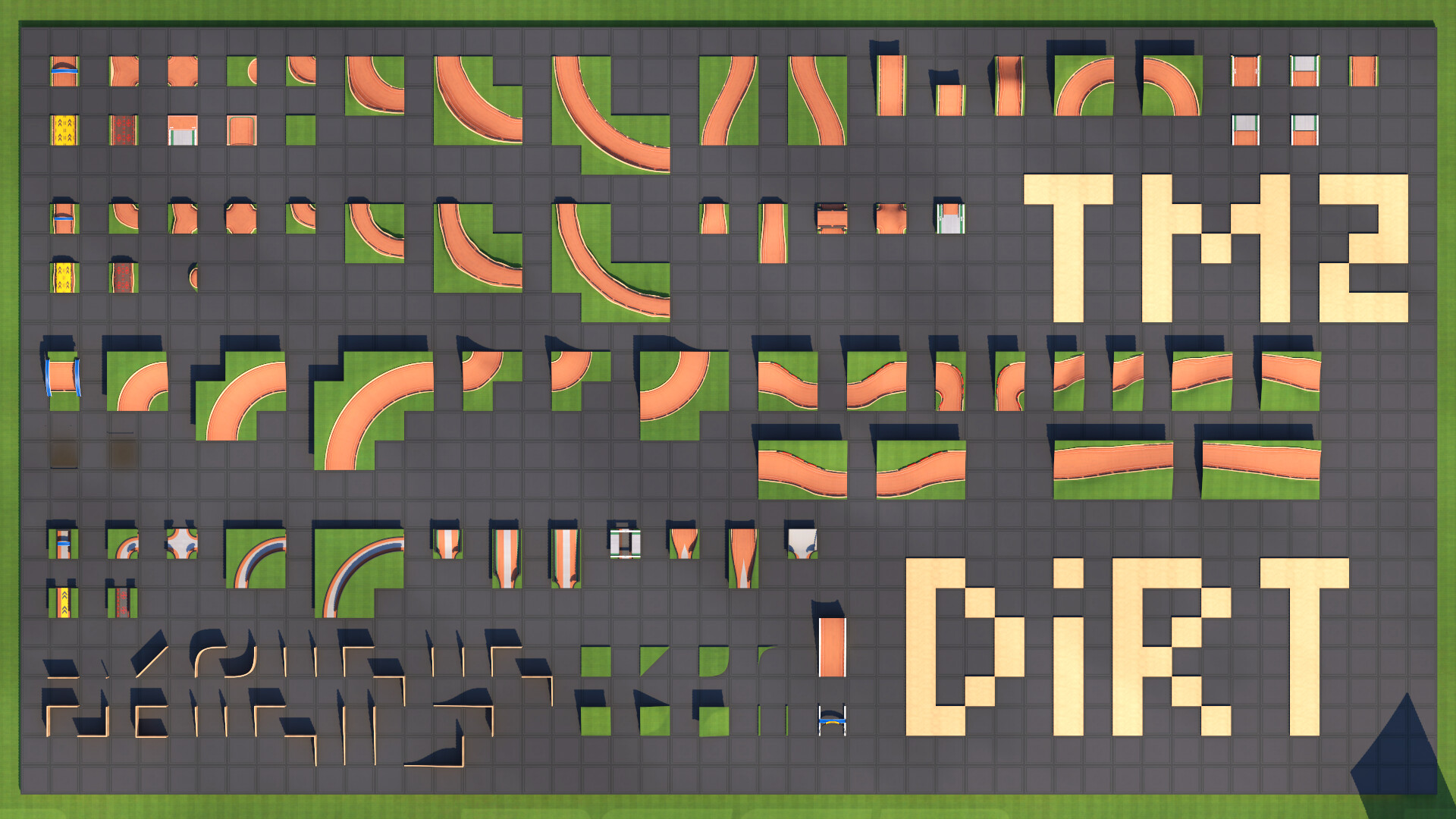